Lost along the way 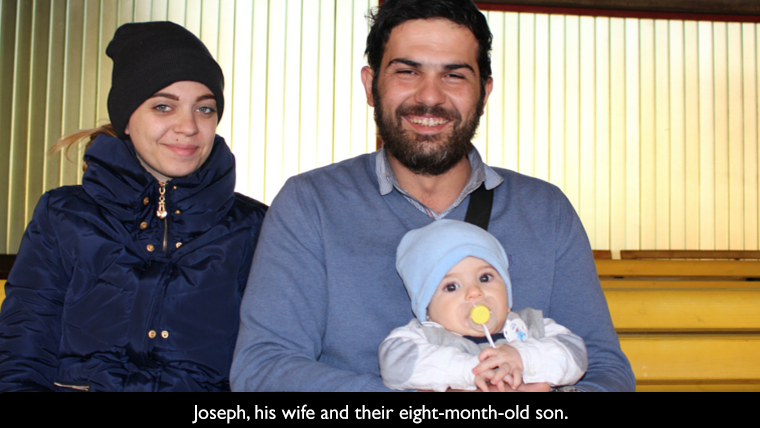 For many of the refugees passing through Serbia, the physical belongings they’ve lost along the way pale in comparison to the memories they’ve left behind. Yet they are still symbolic of lives in flux - broken, discarded shoes by roadsides, clothing washed up on beaches, bags packed full of personal items. World Vision Communicator Goran Stupar spent last week in Serbia speaking to refugees about the things they’ve lost since fleeing Syria…

I spent last week talking with Syrian refugees as they neared the end of the Serbian leg of their journey. At a One Stop Centre close to the Croatian border, tired and sweaty refugees dismount from the dozens of buses that arrive each day. One of the new arrivals, a young man named Yahya, approaches me and my translator Shery with a question - “Where are we right now? What is this country?”

Yahya is a 24-year-old student from Syria’s Idlib province. During his journey he has lost almost all the belongings he set off with. He was forced to stop his university studies due to the war, but he’s hoping he can finish his higher education somewhere in Europe. It took him seven hours to walk six miles from Syria to Turkey, with mud up to his ankles and rain that didn’t stop.

“Children threw away their wet and mud-splattered shoes because they were unusable,” he recalls. “I carried my neighbour’s child in the rain and mud, since he was sick and too weak to carry the child himself.”

“I have been travelling for 17 days now and the worst part was the boat ride from Turkey to Greece,” Yahya continues. “This is when I left all my belongings on the shore because there was almost no space on the boat for the children.”

“It was horrifying,” he remembers, with a faint, shaky voice. “We spent five hours in the boat, soaking wet and nowhere to shelter from strong winds on a cold and restless sea. Children were crying but nobody could hear us.”

Throughout the journey, the things Yahya has missed the most are not the possessions left behind, but his family and his mother’s cooking. With each new ceasefire he hopes that the war will end soon so he can go home to Syria.

Another beach, another boat ride 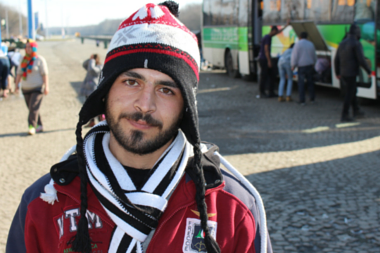 Further down the road I met 25-year-old Muhamed, whose home was destroyed in Syria. Like Yahya, Muhamed had brought two bags with him but had to leave them on the beach so other refugees could get into the boat from Turkey to Greece. He left all his clothing, some pictures from home and his food.

“I don’t regret leaving my things, because several children were then able to get into the boat,” Muhamed told me, “those were just material things.”

He said there were almost 50 people and 20 children in the small boat and they were all soaking wet. The boat ride was his worst experience of the journey, but he and his fellow travellers were also held up at the Macedonian border due to strikes and border closures, prolonging their journey and uncertainty.

“We stayed there for four days. Some people slept on the buses - those who could sleep, while others slept in the open in very cold and windy weather. Many of them got sick, especially the small children,” Muhamed continues.

He hopes the war will end soon and he can return to Syria to see his family and friends again. “I miss my life,” Muhamed tells me as we hug farewell. 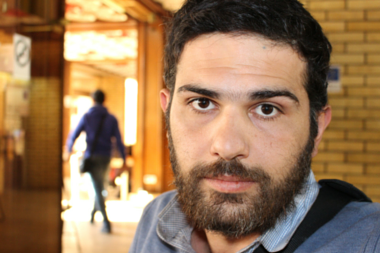 I moved inside the centre, into a large room with yellow benches where refugees can rest before they continue their journey. I caught a glimpse of a man looking silently at one spot. Joseph, 31, from Damascus had been on the road for a month with his wife and eight-month-old son. Like Muhamed, he and his family were also stalled at the Macedonian border – they were stranded there for 12 hours without any water.

“Peace is my biggest personal loss. All the world has lost its humanity,” Joseph says with a sigh and an uneasy voice. “My wife lost her father in an explosion that destroyed our house.” They left their bags along the way with their clothing, food and some electrical gadgets. While he knew they had to leave Syria, Joseph’s hardest decision was taking his young son on the boat from Turkey to Greece.

“I could not let go of my son when I saw that boat! There were 50 of us in a boat designed for 35,” he recalls. When they finally reached the Greek shore, Joseph jumped into the ice-cold sea, overcome with joy that they’d made it.

The losses experienced by refugees are irrecoverable and their experiences will linger long after they are safe. A growing number of children have spent the majority of their childhood amidst conflict, and are subject to anxiety, aggression and emotional distress. World Vision is currently distributing food, water and life-saving aid to refugees arriving in Serbia, while continuing our wider work with refugees in the Syria region. By giving to our Refugee Crisis Appeal, you’re supporting our work restoring dignity to refugees in desperate situations »