The cost of child soldiers 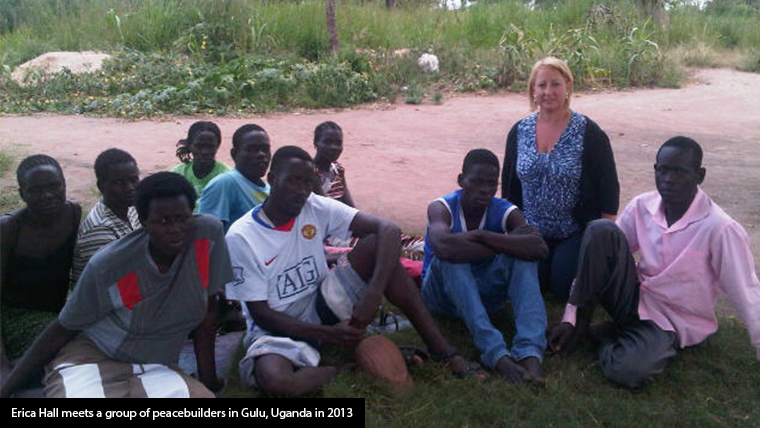 Today, 12 February, is Red Hand Day, a day for the world to literally put their hands up and say we must stop children from being recruited and used in war.

For me, this isn’t a message for just one day, but one I shout about nearly every day of the year. The words and images of the hundreds of former child soldiers I have met continually haunt me, and spur me to action.

There was Olivier* in the Democratic Republic of Congo, who spent four years learning to fight, when other children were learning to read. He escaped and was training as an auto mechanic when I met him.

Jacqueline* was just 14 when she was abducted by the Lord’s Resistance Army in Northern Uganda, then forced to fight and be the ‘wife’ of a commander. She returned home with two children to a family that didn’t want to know her. Now she is receiving help to start farming – she has few dreams left for herself and thinks only of making sure that her children can go to school.

Michael* and his brother were born in captivity in Northern Uganda, saw their mother’s killing, received help to escape, and managed to find their grandmother – only for Michael to be shot in the head by a neighbour who didn’t want him in the village. His recovery is slow, but he is in school and World Vision has helped build a house for him, his grandmother and his younger brother.

I have seen the suffering in the eyes of these children, and many others who used to be child soldiers. And so I continue to hold up my hand on 12th February every year. 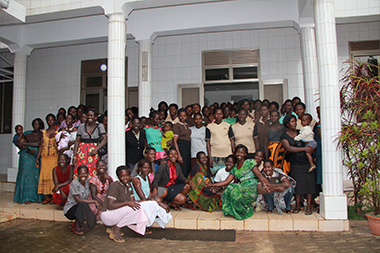 This year it will be held even higher, and I will shout even louder. Because this year I find myself even more saddened. Last month, I watched the live streaming from the International Criminal Court hearings in the Dominic Ongwen case. Dominic faces up to 70 charges of war crimes and crimes against humanity; he was not even 10 years old when he was abducted by the LRA.

Since his arrest, I have heard many ask whether he should be on trial, why he didn’t escape the LRA when he could, and why his age matters given his reputation for brutality. I can’t answer these questions. However, watching him in the courtroom, one thing is clear: had he not been abducted, indoctrinated and forced to fight, he would not be where he is today – sitting in a prison cell in the Hague.

In his eyes, I see all the other former child soldiers I have met, and wonder ‘what if?’. What if armed groups and national armies didn’t even consider recruiting children? What if we were able to create a protective environment around all children at risk of recruitment? What if extreme poverty, fear and the desire for vengeance – all causes of children ‘volunteering’ to join an armed group or government forces - were not everyday realities for children living in the midst of a war zone?

At World Vision, we are trying to make these ‘what ifs’ a reality. We support the UN’s Children Not Soldiers campaign and advocate with governments to end child recruitment. We help to support local community members and groups who are working to keep children safe and make sure they are cared for. And we help children like Michael, Jacqueline and Olivier to recover from their experiences and rebuild their lives. Please join us in this fight – on Red Hand Day and every day.

World Vision’s Childhood Rescue programme is an initiative that has been set up to save and protect children in the world’s most dangerous places. It's about protecting children from harmful traditional practices, such as female genital mutilation and early marriage; widespread child exploitation, such as rape and child trafficking; and recruitment as child soldiers. Find out how you can save and protect children.

* Michael, Jacqueline, and Olivier’s names have been changed to protect their identities and keep them safe.