Light up Syria’s dark days with a message of hope 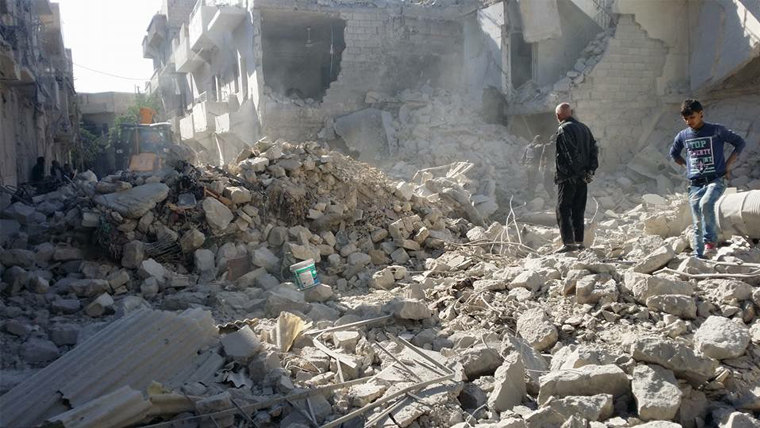 ‘Heartbroken’ is a word you hear a lot in our office – particularly with all that's happened in Aleppo over the past few days. For our staff, many of whom have family still inside Syria, this is personal. They feel acutely the devastation thbt results from failure to bring peace.

The sad truth is that Aleppo’s destruction has left Syrian children facing some of their darkest days yet. We also know that Aleppo is only one of many besieged cities in Syria and another 400,000 people may be living in similar, if not worse situations.

Not only is Syria coping with its own conflict, but fighting in Iraq has seen thousands of people seeking refuge in Syria, escaping from one battlezone to another in desperation to keep their families safe.

Across the world people too have felt impotent in the face of the killing of children, the displacement of thousands and the annihilation of vast swathes of an ancient city – all happening in front of their eyes on TV and computer screens.

The people of Syria think that we've forgotten them. They think that no one cares about their plight. We ask you to show them differently.

That’s why World Vision is asking its supporters – and anyone else who wants to join in – to light a candle and send a message to Syria. Make a donation to ensure help can reach those in need. Send a message to your leader to say you care, that this has to stop.

By encouraging people to light a candle this Christmas we want to show Syrians that there is hope, people stand with them in their dark days, acknowledge that the world has failed them and pledge to act to help. 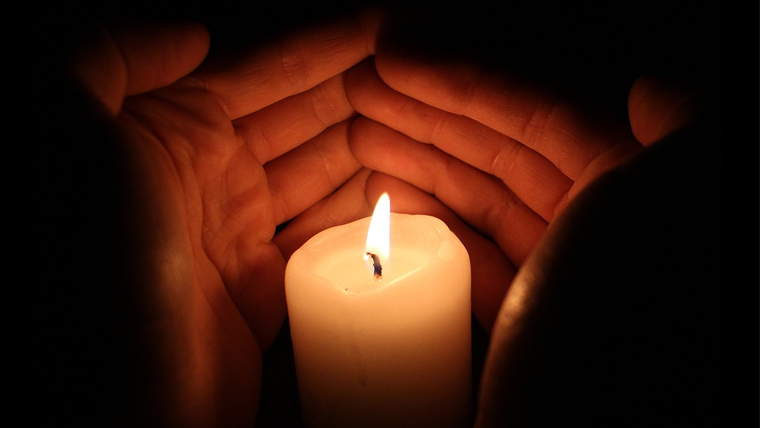 During the Christmas period people are being asked to place a candle in a window, take a photo of it and then share that image and a message of hope for Syria’s children with friends and family on social media, using the hashtag #Candle4Syria. We know that Syrians have access to mobile phones and hopefully will see the messages of goodwill and encouragement and understand that despite the failures of our international leaders we stand with them.

More than that, we encourage people to share messages with leaders, and ask them to act to support Syria’s children through increased funding or renewed attempts to bring peace.

Recently evacuated from Aleppo on a bus, Shihab*, told our partner agency:

“People came with their luggage, whatever they could bring with them. But there was no space.  People had to leave their belongings lying in the road and just get on the bus. Later in the night, it became too cold for us. To warm up, people started fires with their luggage, keeping only two sets of clothing with them. I was one of the people who burned their belongings just to feel a bit warm.”

Most people witnessing the brutal last few days of conflict in Aleppo feel totally impotent. They want to express their concern at what is happening to children and show they are thinking of the people of Syria and stand with them. This is especially true at Christmas and New Year when the stark reality of what is happening in Syria contrasts so obviously with the joy of this time of year.

We are at work in Syria where we partner with dedicated local organisations to meet the needs of those who have fled Aleppo and others parts of the country.

We are currently working in the Aleppo Governorate, providing water and sanitation services; supporting primary and mobile health clinics; operating women and young child centres; and supporting the district women and children’s hospital with equipment and supplies. We are aiming to provide thousands of blankets and mattresses to those who have fled Aleppo and elsewhere.

Ways to be involved:

*Names have been changed to protect identities

Please give to the Syria Crisis Appeal this Christmas