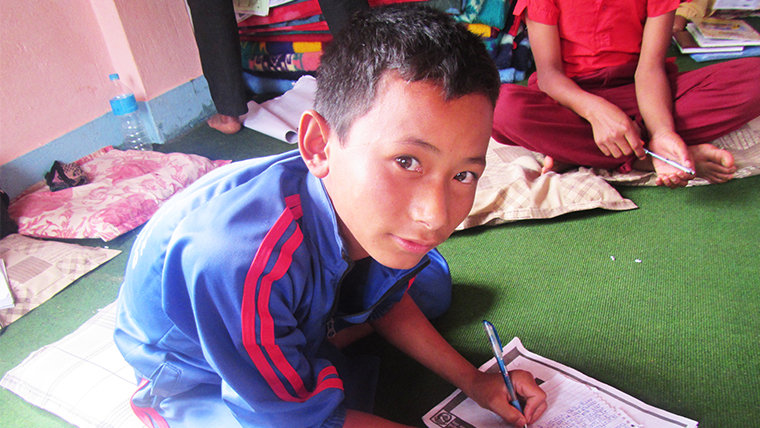 When disaster hits, children are always among the most vulnerable, and not only in the initial crisis. In the days, weeks and months following an emergency, children can be disproportionately hit by after effects such as hunger, disease, emotional trauma and exploitation - particularly if they've lost their home or caregivers. 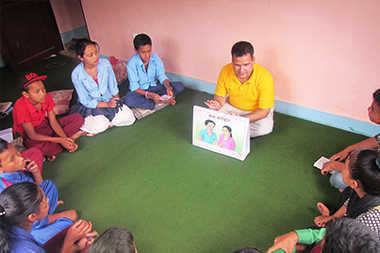 Durgab is 15 and lives in Nepal. He's been ill a lot recently and has been having problems controlling his anger. Inevitably this has affected his schooling - he failed an exam - and his relationships. We've been working with children, like Durgab, and their families ever since the April 2015 earthquake first struck.

More than a year on, children are telling us about the differences our programmes are making to them. Durgab's just taken part in some of our courses for children and he's already seeing big changes:

As well as feeling more positive and in control emotionally, Durgab has learnt how to be more hygienic and stay healthy. 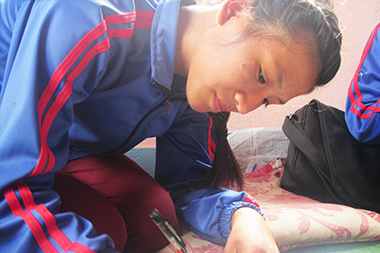 Sandhya is 13 now and in Grade Eight. She's been taking part in life skills and emotional support training. After the uncertainty and instability that followed the earthquake, Sandhya is now all smiles, and explains that:

"The training has certainly motivated me to become a better person."

Over the last year, 733 children have been through these courses and 125 children have also trained as life skill trainers for their peers. Sandhya and Durgab are just two children seeing things change for the better. Durgab can even look ahead to a bright, healthy and high-flying future now:

"At present I am studying and I dream of becoming a pilot."

Communities in Nepal were left in shock after a magnitude 7.8 earthquake struck on 25 April 2015. More than 8,000 people were killed in the earthquake and many more injured. Overall an estimated 8 million people have been affected, as the disaster destroyed homes, infrastructure and services.

We were already working in Nepal, so were able to respond quickly with life-saving food and basic relief supplies. Now, our role is changing from emergency aid to recovery projects, supporting communities with a focus on health, livelihoods and education.

Donate now to support families as they get back on their feet, as children return to school and as parents find ways to make a living again»