On 9 July 2011, South Sudan gained independence after decades of unrest. Barely two years later in December 2013 however, tens of thousands fled their homes as sectarian violence spread and spent the first of many Christmas’ on the run.

Aban* is just 13-years-old, but she’s spent the past three years uprooted by the violence that’s shaken her nation. 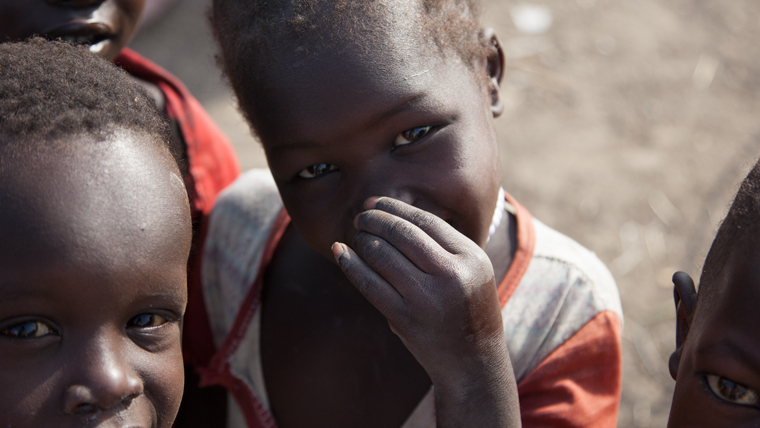 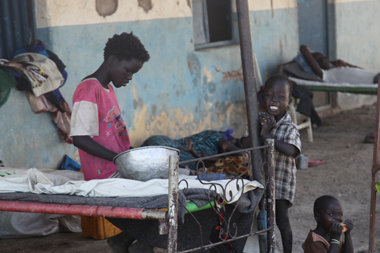 “In June 2013, I came to Malakal from Juba with my father, to stay with my grandmother. My mother remained in Juba and I haven’t seen her since. After my father was killed in December 2013, my grandmother and I came to the UN base.”

“Life was ok for a while,” Aban told us. “I was used to living in the POC with my grandmother. We were receiving good water, and we had food. I used to go to the World Vision school.”

On the night of February 16 2016, violence came full circle when conflict broke out within the Malakal protection of civilians (PoC) site, where Aban was living. Malakal is a United Nations refuge where more than 48,000 individuals have been sheltering after having fled their villages and towns over the past months and years due to the unrest.

Altogether, an estimated 21 individuals lost their lives and over 70% of the site, or more than a thousand shelters, burned to the ground. 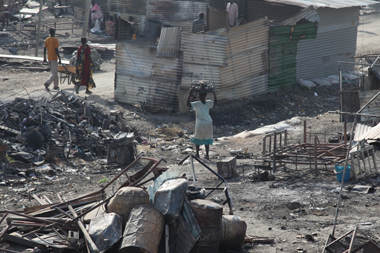 “On the day, we heard that there was a fire and we went to rescue the belongings of one of our relatives,” Aban said. “We ended up in the middle of the chaos and I ran in fear. My grandmother told us to take our clothes and a few things we could carry and go to the site headquarters.”

Over 40,000 people, half of whom are children like Aban, lost the few possessions they still had in the fire. They fled the site and took refuge within the United Nations coordination headquarters with hardly any shelter or service provision.

“One of my relatives, a boy aged eight-years-old, got sick and died soon after we went to the headquarters.” Aban remembers sadly. “Our tent was completely destroyed in the fire. We were able to save only our clothes.” 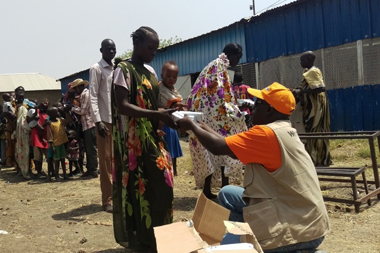 “We stayed in the headquarters for some days, with no water, and in the first days we had no food until we got food from World Vision. Life was very difficult because we also did not have access to latrines and people were relieving themselves anywhere.”

World Vision is one of a few charities working in Malakal, and in the immediate aftermath we worked with the World Food Programme and other donors to make sure these newly displaced families had food, as well as basics like water and sanitation and child protection services.

In the month since the fire, our food aid has reached close to 45,000 individuals with 607 tonnes of various foodstuffs like oil and sorghum, and we’ve also distributed more than four tonnes of special high calorie meals to children under five. But Aban, her family, and the others in the camp are still facing unbelievable hardship. 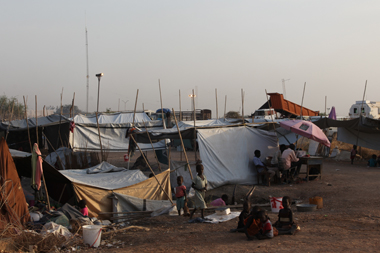 “We have moved back now, and built a small shelter. I don’t go to school anymore though, but I attend a World Vision child friendly space.” Aban explains.

World Vision has been working across South Sudan since 1989 to protect children and make sure they are fed, but the situation has continued to deteriorate. Since the beginning of 2015 an estimated 13,000 children have been been recruited to join the fighting. Altogether around 400,000 children are out of school, facing violence, kidnap and malnutrition. And as we saw in February, sometimes the safe shelters they are offered can lead them to experience even more tumult and distress. You can help support our work in South Sudan here >>

*Aban’s name has been changed to protect her identity and keep her safe. For that same reason, all the people pictured in this blog are anonymous.