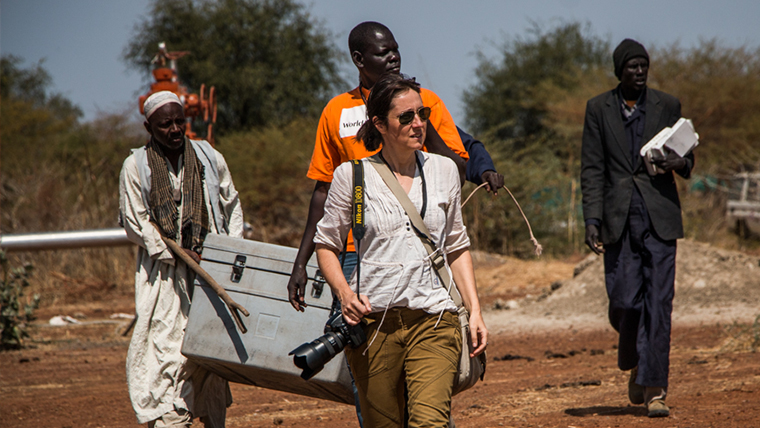 The first time I worked in South Sudan was in January 2012. The next day, I was almost deported.

The country was reeling after a wave of violent cattle-raids that had killed hundreds of people and injured many more. I was working with a faith-based organisation that was helping some of the injured and we visited a hospital to record the stories of children who were being treated for machete wounds.

Although I deleted the images, it saddened me that no one outside South Sudan would ever find out what happened to these children. Apart from the right that the South Sudanese have to share their stories, compelling images of disasters can dramatically increase the amount of money raised to help with a humanitarian situation ten-fold.

Almost four years later, it seems that the working conditions have not improved. If anything, they are worse.

Back in 2012, you could still photograph on the street. I currently have a photograph in an exhibition that I took in Juba back then of a man riding a bicycle. It would be almost impossible to capture that image now. Even taking a quick smartphone photo will result in an interrogation by National Security. But taking photographs is just one of the difficulties of working in South Sudan.

With the exception of the camp for displaced people in Juba, each World Vision location takes roughly a day to travel to. Only one of the locations is accessible by road all year round. Although the United Nations operates the air service for humanitarian organisations a return ticket within South Sudan costs the same as a return flight to Kenya on a commercial airline. A minimum of three days notice is required to book with most flights leaving in the morning and hundreds and hundreds of people cramming into the small departure hall, sweating, yelling and pushing towards the front of the queue. 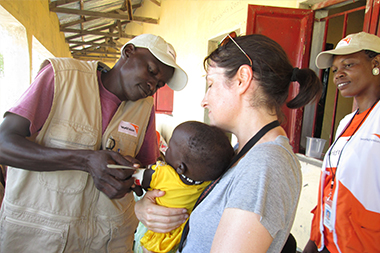 But all of these difficulties are put into perspective when you talk to the children of South Sudan.

Face-to-face with a young girl recently, she choked on her tears when I asked her how she felt. All she could say was “this is not a good life,” before she asked me to halt the interview. While it’s important that children tell their stories, sometimes it is simply too painful.

A few months earlier I was talking to a group of children in a camp for displaced people. I asked them to raise their hand up if they lived with their parents. Before I had even spoken to him, a small boy next to me started to sob. A number of child-protection workers were with us and they tried to help the boy, but no amount of support will ever bring his mother back.

Living away from one’s friends and family and not being able to walk down the street are some of the difficulties that foreign aid workers in South Sudan have to face every day. But even on a bad day, I am constantly reminded that my difficulties pale compared to what the children of this country have to endure.

To date the conflict in South Sudan, has affected around 4.1 million people, with 1.6 million people being displaced as violence engulfs their communities. Only one in 15 displaced people lives in an organized camp and World Vision is assisting others who are in hard-to-reach and remote places. By giving to our South Sudan Appeal, you’ll help us to provide emergency food, water and medical care to people in a desperate situation and at risk of starvation.