Staying hopeful in the heat

World Vision's Therese Boulos recently visited the Bekaa Valley, Lebanon, to see how Syrian families were coping in the heatwave that is currently sweeping the region. She met seven-year-old Rasha and her family who were trying to stay positive in spite of food and electricity shortages. 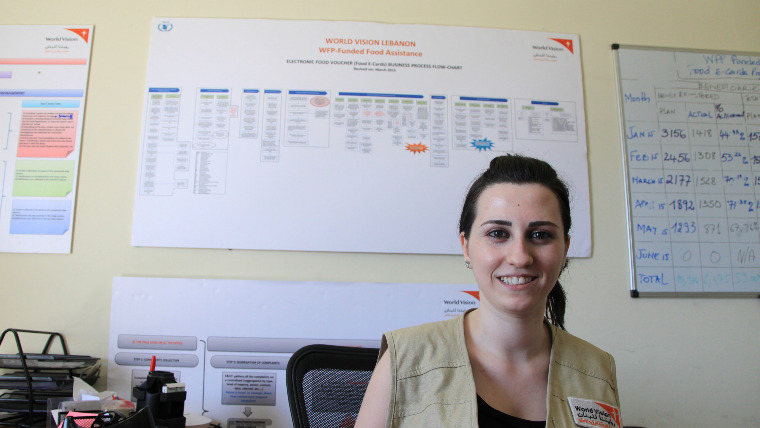 I’ve worked as World Vision Lebanon’s Cash Project Coordinator for the World Food Programme since October last year. This is me at the office in the Bekaa Valley, Lebanon. I was a recent graduate, in need of experience, when I started working with World Vision on a three month contract as a field distribution assistant. At first, I was overwhelmed by the stories I heard from the people we were helping. In their hurry to flee the conflict, many people had been forced to leave all of their belongings in Syria. They now lived in difficult conditions which lacked some of the basic necessities of life. I felt responsible and accountable to them and wanted to help in any way I could.

Rasha's family moved to Lebanon about one month after the conflict started in Syria in 2011. I actually heard a bomb blast from the nearby Syrian border while I was in her family's tent. Despite their difficult living conditions and proximity to danger, they still have a sense of humour - especially her father who smiled a lot.

Food cuts were having an impact on them but they still offered me tea. They haven’t eaten meat in seven months and are increasingly getting into debt just to get enough food. One of the hardest things about my job is that we are limited by funding and can’t help as much as we’d like to.

It was such a hot day. While sitting in the tent, I tried my best to not let the family realise I was feeling so hot. It felt like a sauna in there. It was such a nice surprise when Rasha (in pink) made me a fan. This act of kindness was very touching. She has to live in these harsh conditions every day.

I'm still thinking about how they deal with this heat and their challenges with water. Usually, I don't drink that much water, but that night I drank so much when I got home and even woke up in the middle of the night feeling very thirsty.

In contrast to the current heat, Rasha and her family experienced harsh winter conditions last year when the temperature dropped to ten below zero. When we did a distribution, we were freezing cold - even though we were wearing proper winter clothing. It must have been so cold for the refugees in those conditions with only thin clothes, living in tents often without a stove or heater and basic blankets. 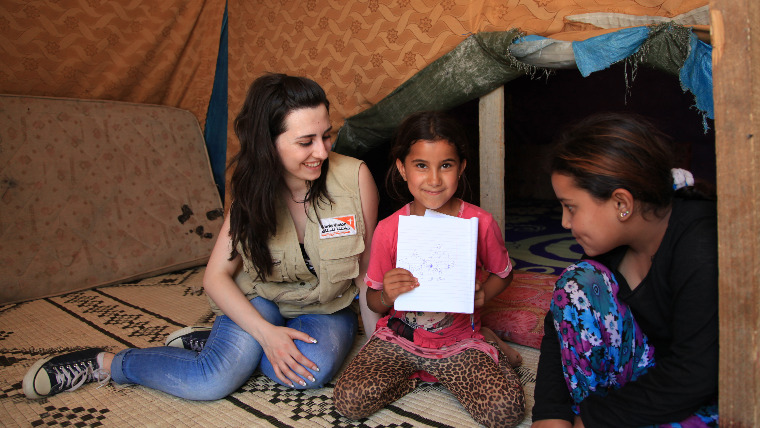 Rasha (seven, in pink) and Shahed (nine, in black) have no electricity to watch their favorite cartoon show from back in Syria - Sponge Bob Square Pants. The family couldn’t afford to pay their last electricity bill so it was cut off. I was surprised that they like the same shows we used to watch and that they tell the same stories we heard from our parents like Little Red Riding Hood.

They are kind, smart girls who are trying to adapt to hard conditions that children shouldn’t have to endure. They are missing out on school and have to handle bigger responsibilities than they should have to. The girls drew their favourite characters from the show while I was there.

Rasha and Shahed showed me the place where they like to play in the tented settlement.

One of the best things about my job is seeing the smile in a child’s eyes.

5 recipes from around the world